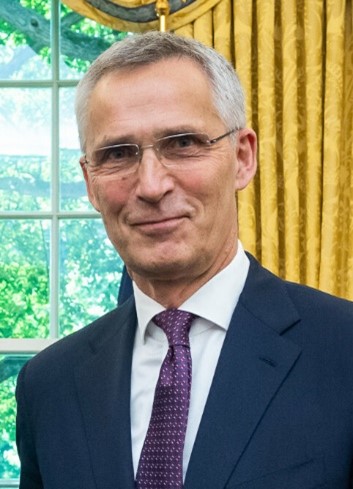 When the wind blows, it is most important to defend democratic and libertarian values! Do not betray the Kurds and other opposition to Erdogan!

In connection with Sweden’s and Finland’s application for membership in NATO, Turkey has invoked its right of veto.

The countries’ NATO membership will therefore not be able to begin before any negotiations.

Turkey argues for its position by accusing Finland and Sweden of ”protecting terrorists” with references to names of e.g. Members of parliament and journalists in Sweden.

For us Kurds who are daily engaged in the work for Kurdish survival in Turkey, Erdogan’s power play is no surprise. Erdogan is the main protector of Islamist extremists in the Middle

East as well as one of the main actors in organizing similar extremism in the Western world.

Erdogan’s despotism and role is served by always questioning democratic values as he wins the support of intolerance in domestic politics while maintaining support among international forces with antipathies to the West.

Another reason for his move is also to meet Putin’s expectations. When Erdogan accuses Sweden and Finland, he addresses his criticism indirectly against NATO’s major member states, the United States, France, Germany, and England. Erdogan is also aiming for concessions from other existing NATO countries in the form of silencing his opposition in exile.

Erdogan’s reactions should also be seen in conjunction with the fact that in 2023 it will be 100 years since the Treaty of Laussane was forced through by Ataturk in which Kurds were left out of lawlessness and excluded all national and international protection. Erdogan has a clear desire to bring about new negotiations and guarantees compatible with the content of the Laussane Treaty in order to surpass the achievements of the Turkish father of the country, Ataturk.

Erdogan’s invocation of the veto against Sweden and Finland, support for international extreme Islamism, escalation of intolerance and restrictions in Turkey along with silencing all forms of opposition are many steps in the direction of strategically strengthening its negotiating position and enjoying a position that surpasses Ataturk.

Erdogan’s demands should therefore never be accepted, small or large! Our members in their new homeland, Sweden, do not deserve such accusations as a despot like Erdogan is trying to pretend.

We in Sweden must stand by our basic values and reject Erdogan’s false accusations. When the wind blows, it is most important to defend democratic and libertarian values!

To downplay Turkey’s demands with a use of language in the guise of diplomacy and to be willing to make concessions to the despot Erdogan is not only a betrayal of the Kurdish people but also a betrayal of international constitutions and democratic values. Therefore, NATO should be clear about international law and these democratic values regarding freedom of the press and expression, the rule of law and democracy.

We call on NATO and EU member states to stop Turkey’s invasion of Syria and southern Kurdistan. Require Turkey to respect democracy and fundamental human freedoms and rights, especially for its own citizens, instead of chasing Kurds and other opposition figures who fled Turkey and sought freedom in a democratic state.

Kovan Amedî
Chairman of the Kurdish National Association in Sweden